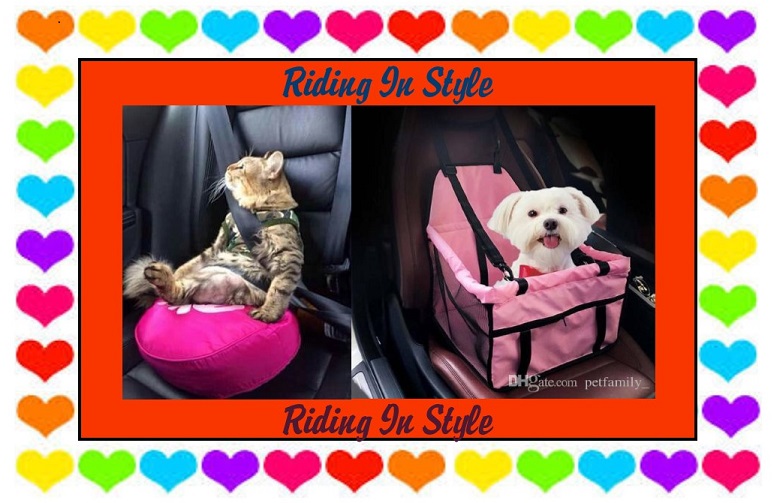 ABSOLUTELY PEOPLE ALL PETS NEED SOME TYPE OF A RESTRAINT IN THE CAR WHILE YOU’RE DRIVING! I can’t tell you how many times I’ve past a moving truck with a dog (usually large) roaming free in the back truck bed. Man that’s just irresponsible and it makes me wonder why you got your dog in the first place. Now that I’ve gotten that off my chest let me add I’ve tried to reason with some of these individuals diplomatically AT FIRST. Why? Because you can catch more flies with honey than vinegar right? & at the end of the day it’s always about the animals and their safety. In most cases I have to say I’ve made a difference… but some people are just, just, JERKS! You know who you are.

There was even a time I was on the freeway and a motorcycle past me with a lady riding in the back and her dog (a little Yorkie) being held in her arms between her and the guy driving. I was horrified! One crash and that baby was toast. How could they put they little fur babies in danger like that is beyond me.

Listen we have all been guilty of letting our dogs roam free in the car…. especially if they’re little adoring them being on our laps or hanging out of the window I’m guilty as well. We all think I’m in control and have quick reflexes, or I don’t have time it’s just a quick errand, but I have to tell you even I was converted to taking safety precautions after certain clients of mine pets were severely injured in unexpected car crashes.

Our pets trust and depend on us for EVERYTHING. They just go with the flow of whatever we dictate and that’s awesome for the most part. But going forward let’s all do our part as being more responsible pet parents to keep our fur babies safe, just like you would your human little ones.

Another major source of concern for pet owners when traveling with pets is safety. That’s because car safety features are designed for the weight and body position of humans—not pets. This puts pets at risk of serious head, neck, and back trauma in a high-speed crash, rollover or other vehicular accident, says Dr. Michael Lund of the ASPCA.

Additionally, pets who aren’t properly restrained pose great risks to human passengers in the event of a sudden stop, swerve or accident. “In the event of a crash at 50 mph, a 10-pound, unrestrained pet generates 500 pounds of projectile force,” says Melanie Monteiro, pets safety coach and author of “The Safe Dog Handbook: A Complete Guide to Protecting Your Pooch Indoors & Out.” “In a 30-mph crash, an 80-pound dog would become a 2,400-pound flying projectile.”

That’s where things like a DOG & CAT seat belt, Pet Kennel and DOG or CAT seat come in handy. Here’s important information about all of these products, as well as some tips on how to find the safest pet car seat or pet car seat belt for traveling in the car with your pets.

In case you’re unfamiliar with them, pet car seat belts attach a full-body pet harness to a strap with a buckle that fits in the regular seat belt device of a vehicle, Lund says. In the event of an accident or sudden change of speed, the harness should spread out the pulling force of a leash along your pets chest and back, minimizing force along the neck.

PET seat belts, Lund says, are best for larger dogs. When applying them, the straps that buckle into the dog car harness should be long enough that the dog is comfortable, though short enough to prevent him from crashing into the seat in front of him in the event of an accident.

What About PET Car Seats?

While a dog seat belt harness is great for large dogs, pet car seats are ideal for small and medium pets and (CATS) Lund says.

“They are often designed as a comfortable pet bed held in place by the vehicle’s seat belt, similar to a car seat for a child,” he says. They also should include a full-body harness that prevents significant movement during accidents and speed changes.

Should You Crate Your PET While Driving?

“The priority is keeping the pets inside the vehicle, but preventing trauma within the vehicle is also important,” Lund says. The best way to do this is to keep your pets in a kennel while he travels in the car. It’s also the most effective way of preventing your CAT or DOG from distracting you while you’re driving, and in the event of a serious accident, there’s less of a risk of the pet fleeing the scene in panic, which can result in them getting lost or hit by another vehicle.

“Kenneled pets involved in high-speed car accidents have a higher likelihood of surviving with fewer injuries,” Lund adds. The downside, however, is that the pet isn’t directly restrained, which means they could get injured after crashing hard into the kennel itself.

“You want to find the best solution for your pet, family, and vehicle type ” Monteiro says. “Like children, the safest place for a pet is to be buckled in the backseat—but if your backseat is full of human passengers, there are now some great options for the cargo area.”

She recommends visiting the Center For PET Safety to look over its reviews of the crash-worthiness of various pet restraints, so you can find the safest pet car seat or pet seat belt for your pets. “They test a wide range of travel harnesses, carriers and crates, using specially weighted crash-test-dummy pets,” she says. ​The products that meet their standards for approval will be marked with the “Center for Pet Safety Certified”

“Never leave your pets alone in the car, even with the windows cracked,” Monteiro says. ​”Even on a day as mild as 72 degrees, your car’s internal temperature can rise over 40 degrees in under an hour. Extreme cold weather can also be dangerous. It’s just not worth the risk.”

Distractions are another major problem, Monteiro says. Here, restraints are extremely helpful because they will keep your pets from moving around the vehicle or climbing onto your lap. But, as a driver, you should also exercise some self-restraint by keeping your eyes on the road and not on your pets.

Monteiro also recommends keeping a pet safety kit—including a blanket or towel, spare pet collar and leash, poop bags, water and dish, toys and treats an extra meal, and a pet first aid kit—in your car whenever they’re riding with you. “This helps you be prepared for a change of plans, an unexpected problem or a spontaneous adventure.”

Thanks to Dr. Michael Lund and Melanie Monteiro for their expertise and advice. We at Ask Daniele 4 Pets appreciate them both for the awesome work they are doing in the pet world!

Until next REMEMBER PETS RULE!

So... What does your PETS Personality say about them as an INDIVIDUAL?
"Click the paw" to take
my FREE Pet
Assessment Quiz 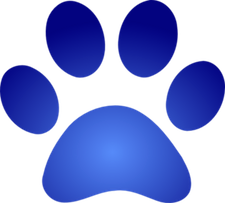 That understanding what specific personality your pet has will give you a better understanding of how to Communicate, Train and overall get Quicker Results with Clarity that will last the lifetime of your relationship together?

Thanks for signing up! 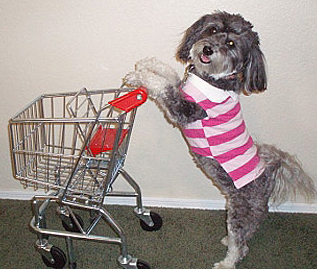